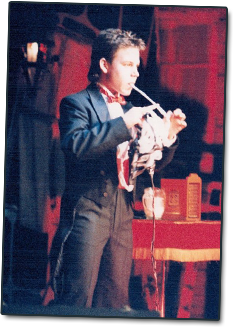 Jeremy James became interested in magic when he was only 10 years old. Seeing that his son was dreaming of becoming a magician, his father enrolled and accompanied him at magic classes that were given in Montreal by "Le Grand Marcis", an experienced teacher. Following this learning, Jeremy James passion did grow and has never left him since.

During his five years of studies in magic, Jeremy James gave performances throughout Québec province, participates in tv shows and attends magicians conventions in Quebec City and in various cities in the United States.

Jeremy James quickly becomes a young professional and acclaimed magician, both during live performances, and animations.

At 13, the young Jeremy James added another string to his bow by learning the art of mime, alongside Claude St-Denis during two years, and he learnt the art of juggling and to be an equilibrist at Le Centre Immaculée Conception in Montreal in the same period. 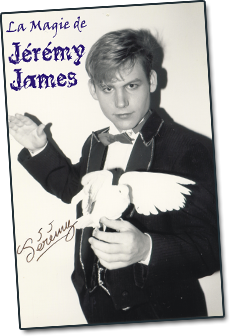 By age 15, he teaches magic and balloon sculpturing to groups of children. Working as **Jeremy’s Magic School** for three years, he realized that through the teaching of magic, he can allow young people of all ages and from all social classes, to discover in themselves the expression of pleasure, dreams and desire to be accomplished. Furthermore, the development of dexterity, creativity, and teamwork are acquired. That confirms the educational value of such teaching. In the summer of 1992, Jeremy James became the circus Magicum Circulum I artistic Director. Created in Val-David, Qc, by young local artists, the positive public response pushes the troops to set for Magicum Circulum II, for summer 1994 .Jeremy James also gives introductory magic classes to students at Laurentian Academy in Val-Morin, (2 hours / week) in 1994-1995. The same concept is also used for elementary students of St. Joseph School in Sainte-Adèle, in the same years. In April 1995, Jeremy James designs and organizes the ** Comedy-Magic-Illusion** benefit show, in the auditorium of the Polyvalente Curé-Mercure at St-Jovite. Already stilt walker since a long time, Jeremy James becomes fire-eater from the age of 16, and he amazes the crowd by adding this element to its magical benefits. Always wanting to add to his knowledge and skills, the magician also learned pyrotechnics, which he presented at special events (fashion shows, Halloween parties and other occasions).

Throughout everything else, in 1988 Jeremy James is enrolled to cover the role of magician in the **Bouffe et Frissons** production given at Le Théâtre de la Butte de Val-David, between 2 to 4 times a week for years. He then became, in 1997, the artistic director for the **The Haunted Castle** production, also presented at the famous Theatre. 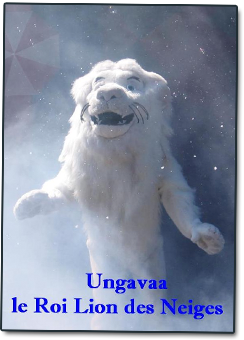 In 2001 Jeremy James began a tour of the Nunavik Youth Community Centers, to provide magic teaching to animators and youngsters, from 14 communities. He loves this project, which gives him great pleasure, because it allows him to have a direct positive impact in the lives of young people targeted. Since the beginning of this adventure, the project only grows. In 2005, Jeremy James becomes a consultant wich calloborates with related resources in this region to aim at inuit youth, and teach awareness about different topics. The fun of magic mixed with the pedagogy of teaching allows Jeremy James to make a difference in the lives of the young people he meets.

Since 2012, Jeremy James accompanies facilitators and coordinators of community youth centers, in the organization of activities for children and teenagers, in communities struggling with social problems. Magic is his pillar to teach young people, through the practice of different magic tricks, to communicate and collaborate with each other.

Along its projects in the far north, from 2002 Jeremy James presents magic shows at Santa's Village of Val-David and is acclaimed for his family Christmas show. He became, in 2006, the official magician of Santa's Village, and presents his show seven days a week, from June to September every year since, to the delight of his audience. From his experiences in the Canadian Far North was born Ungavaa, the Lion King of Snow, a timeless character who took life on stage alongside Jeremy James ever since its creation. For each presentation under the Christmas theme, now the symbol of this family show, Ungavaa is always awaited with impatience by the kids. 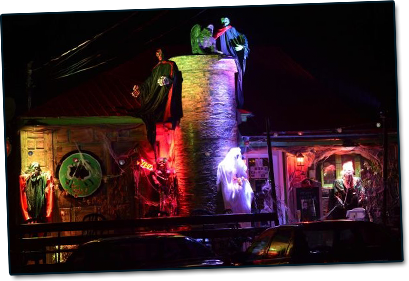 Creating Halloween decors have been another milestone in the journey of Jeremy James. From the age of 12, he began to handcraft decorations and later, through Les Productions Jeremy, he offered a decorating service to businesses wishing to transform their storefront in an original way, for the 31st of October festivities. Some of the installed sets have become, over time, well-attended attractions and were expected by fans every year at Halloween.

The path being undertaken by Jeremy James through the world of magic has taken him on many routes, which introduced him to success and fulfillment. The one who became a father three times in the meantime did not stop surprising his audience. Jeremy James is currently working with his production team on three contemporary and original shows, one of which is dedicated to a young and dynamic audience of teenagers.

The path taken by Jeremy James is fulfilled with achievements and experience, both in terms of onstage performances as of entertainment of all kinds, which he presented during his 25 years career. He is part of various associations such as The International Brotherhood of Magicians (IBM) and The Society of American Magicians (SAM). His assistance to magic conventions, in Connecticut (SAM), Baltimore (IBM), Indianapolis (SAM) and Quebec (IBM), among others, has enabled him to improve his knowledge.

With a variety of events where he took the stage (Spectrum, Casino de Montreal, etc.), Jeremy James has also done a lot of animation in theaters during press conferences, festivals and fairs, and in the streets during summer holidays and tourism activities. With currently more than 5000 live performances, Jeremy James looks to the future as an opportunity to stage an always more amazing show. Already at young age, he was a guest on many TV shows, and participated in six local televised telethons (Laurentians), which he was noticed for. Jeremy James: an accomplished magician, with a colourful route, that is not done thrilling his crowd. 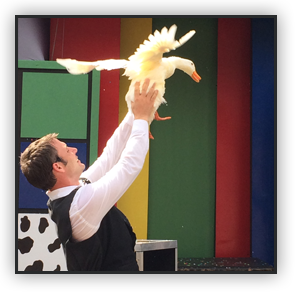